MESSAGE OF HIS HOLINESS Pope Francis 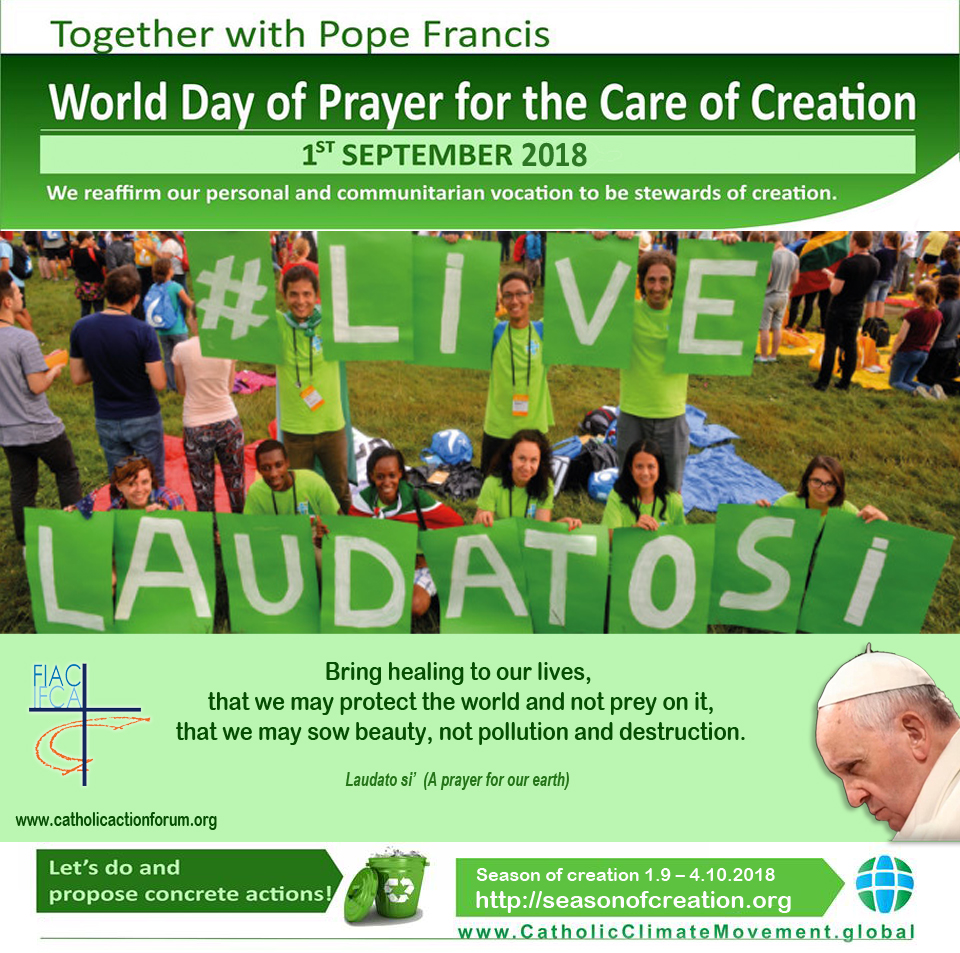 AN APPEAL FOR PRAYERS ON THE 1ST SEPTEMBER

On the occasion of the World Day of Prayer for the Care of Creation, CA Associations all over the world, united in the International Forum of CA, are launching an appeal for prayers.

This day is meant to reaffirm “our personal vocation to be stewards of creation, to thank God for the marvellous work that He has entrusted to our care, invoking His help for the protection of creation and his mercy for the sins committed against the world in which we live”.

During these personal and communitarian prayer meetings we recommend the recitation of the Christian Prayer in union with creation found in the Encyclical Laudato si’ (246), with the magnificent hymn by Saint Francis (Laudato si’ 87)