“Sentinel, what of the night? Sentinel, what of the night?”
The sentinel says: “Morning comes, and also the night. If you will inquire, inquire; come back again.” (Is 21:11)
That’s how our first day at Economy of Francesco kicked off. A day enriched by sharing experiences, ideas and projects from youth coming from all around world and gathering in Assisi with the dream to change the economy where St. Francis changed himself and the Church.
Some keywords marked this day:
– BRIDGES, to be built between people, organizations and institutions that already work to make our planet more sustainable;
– PEACE, to be promoted between people;
– SEEDS, youth of Economy of Francesco are seeds of hope and they will be the ancestors to whom their children and grandchildren will look at;
– RESPONSIBILITY, which doesn’t mean only accountability but also care and it is the driver for change;
– FINALLY, because finally we are all in Assisi, in person, after two years of pandemic restrictions.
This was only day 1, we are looking forward for next days.
#eof2022 #assisi #ZAK #proudZAKkers #fiac #catholicaction
Economy of Francesco – Day2 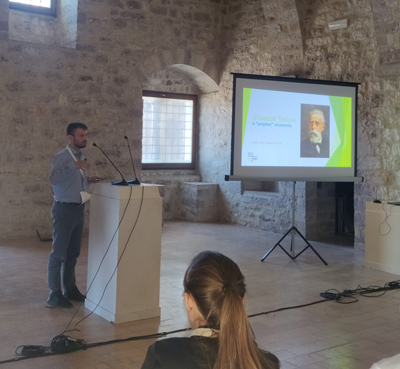 The hands-on proposals of youth to change the economy arrived! But before starting to work, we had the opportunity to breath the spirituality of the places in Assisi, the same places where St. Francis and St. Claire lived and became changemakers of their lives and the lives of the others. 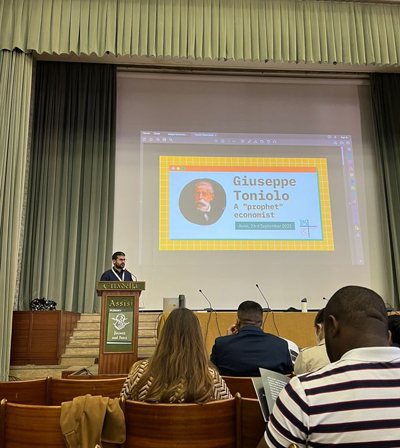 Split in thematic groups, so-called EoF villages, we had the opportunity to discuss and to share our ideas for a fairer, more equal and just economy that will be presented tomorrow to Pope Francis. Therefore, together with members of Catholic Action from Argentina and Italy, we presented in our villages the profile of blessed Giuseppe Toniolo, an economist from Catholic Action that pioneered the relationship between economics and ethics. We concluded the day with some inspiring workshops and we can finally get ready to meet Pope Francis tomorrow.
#EoF2022 #assisi #ZAK #proudZAKkers #catholicaction #fiac #giuseppetoniolo 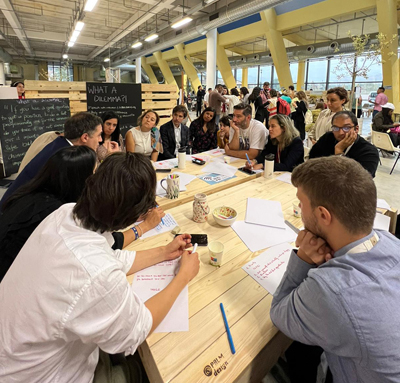 Yesterday was the final day at The Economy of Francesco – and what a day! One of the biggest highlights that of being visited by Pope Francis. Our day started early since we had to prepare for the arrival of the Pope were we watched him arrive and was first greeted by a number of children from around the world together with a number of organisers of the Economy of Francesco.

We had a meeting with him were a number of economists/activists from around the world including Thailand and Argentina, were invited to share their projects that are line with this new economy – The Economy of Francesco, an economy that will bring a change for a better future for us and for our children.

The meeting continued with an address by the Pope where he emphasized that we need to act NOW and he highlighted three main directions for the journey ahead after these three days.

These being to look at the world through the eyes of the poorest, to never forget work or workers – to create good work for all and lastly that together with our heart and head we also use our hands to change the economy.
#eof2022 #assisi #zak #proudZAKker #catholicaction #fiac #popefrancis 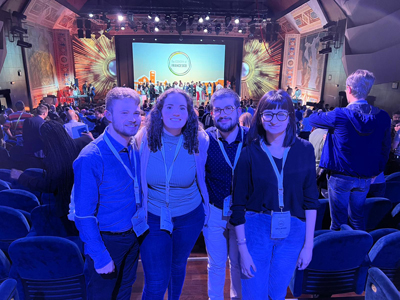